Some time ago I recognized (and a user pointed me to that issue) the file and directory chooser dialogs aren’t as nice as the native counterparts. In the swing JFileChooser you have limited functions - only the filesystem as is is displayed, which is (at least) on linux a problem for some users. The swing version of the directory chooser looked like this: 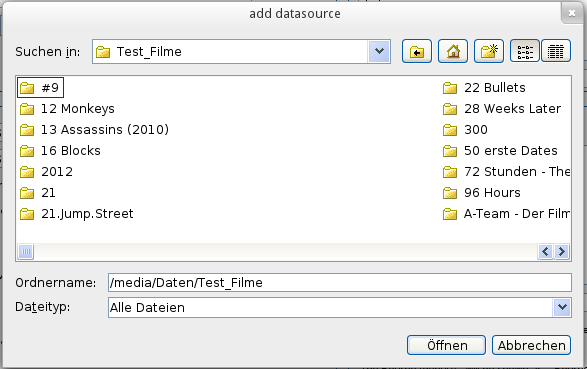 As you see there is only the filesystem available - that’s good: Everything in linux is a file :) But if a user connects an USB drive to the computer (or worse, he connects to a smb share), he has to know where the system mounts it.

The last week I’ve faced this problem - with success. It wasn’t an easy task and it is not a “all in one” solution like java should be. The file chooser is a native part, so I had to tweak it for every system: