To switch between aired and DVD ordering you have several different options:

Every imported episode with that flag activated is marked as being ordered by DVD. 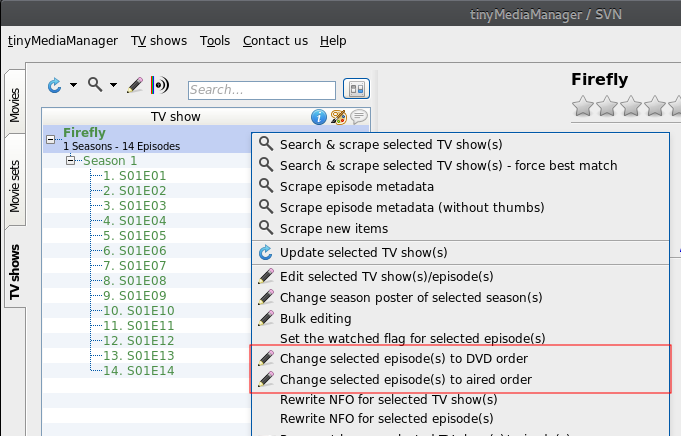 You can use this action on individual episodes, seasons and whole TV shows. 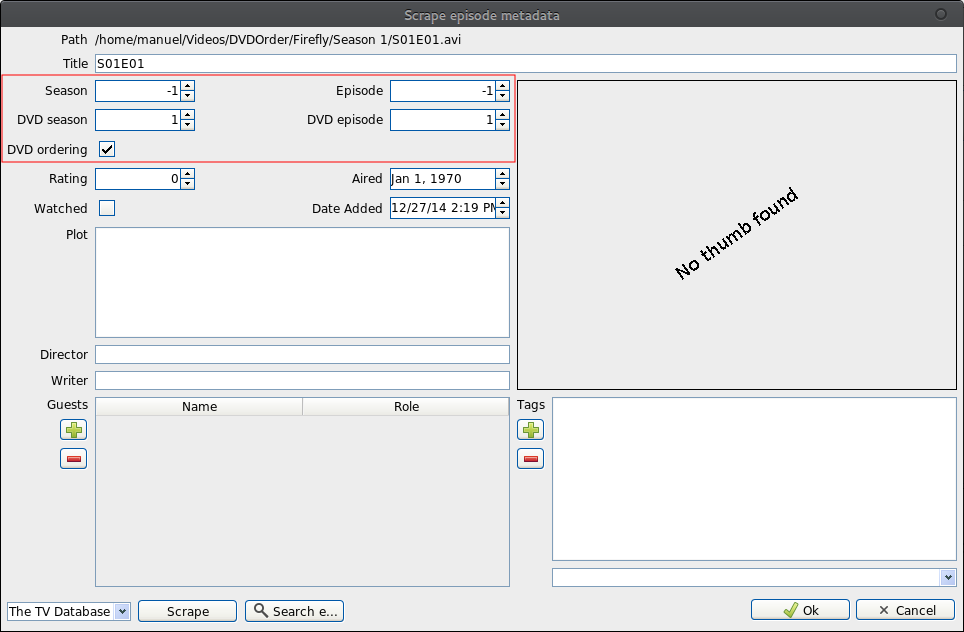 These are the three different approaches to switch between the aired order and the DVD order. When set the ordering scheme, the scraper will match the episode/season numbers with the results from the scraper (only TVDB offers DVD order now). For example, when importing the TV show “Firefly” into tinyMediaManager one could see a similar result: 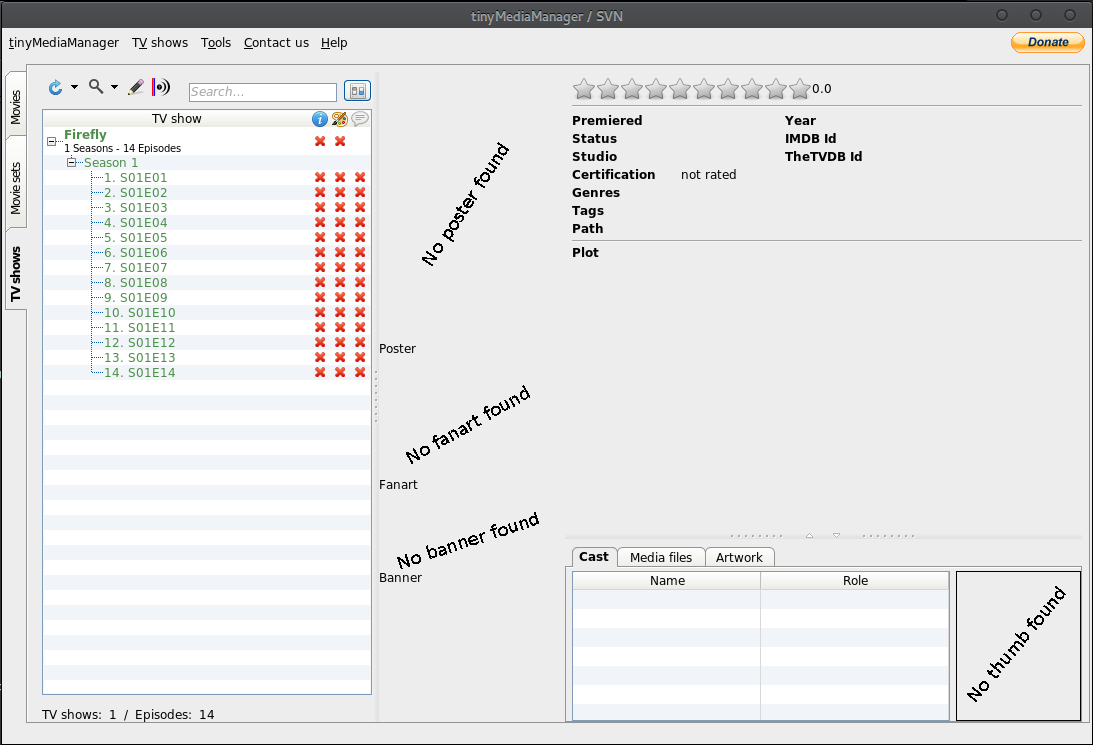 At this time is it unclear how to handle the numbers. When DVD order is activated, you will get the following result after scraping: 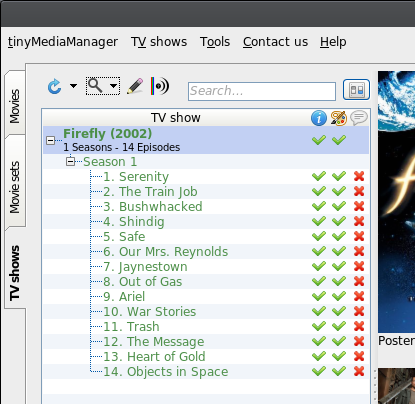 while when changing this to aired order: 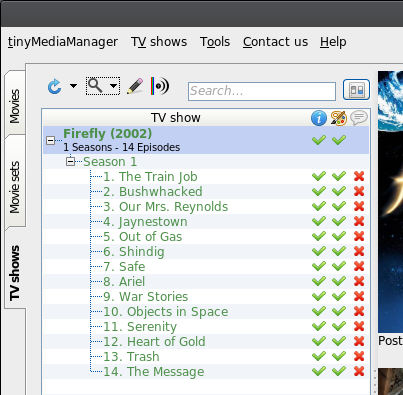