tinyMediaManager v4.3 introduces a new way to get multiple ratings at once. Up to now we could only offer the rating from the scraper itself along with IMDb rating (if the fetched movie/TV show/episode metadata contains an IMDb id).

The new way of fetching multiple ratings can be used in two different ways:

To let tinyMediaManager automatically fetch all ratings directly after scrape, you just need to activate the option Fetch ratings from other sources too in the Scraper options of the movie/TV show settings:

After enabling this option, tinyMediaManager fetches all ratings directly after scraping with the chosen scraper. 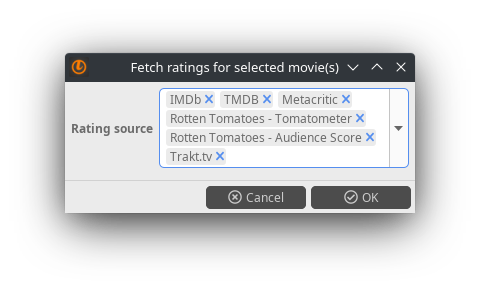 tinyMediaManager v4.3 introduces a new (experimental) HTTP API to remote control a running instance. The HTTP API can be used to remotely (or periodically...